MARVO MD (Marco Lombardi) is an Italian electronic musician based in Rome. The project started in 2017 from various experiences that led him to play jazz, gospel, pop and rock, combined with his need to explore new worlds, and express himself in new forms.

The first chapter of the Multiverse saga got out by theDustRealm Music label on April 30th 2021. Its three tracks are indebted to French chic electronics. The EP has a dance/disco mood, is strongly inspired by the french touch style, and is produced by using almost entirely software synths (mainly Pigments and V Collection) and very few hardware instruments (Peak and Mininova).

The second EP got out in November 2021. It’s a musical journey towards a sonic entropy laid on resolute and extrasensory electronic beats. A hypnotic oriental drum machine characterises the Osaka track. Mokha (named after a Yemen city) instead tells about luxurious and thaumaturgical timeless nights. At last, eThekwini is an oneiric track bound to the origins of man. The EP blends electronic sounds with tribal elements from ethnic music of the twenty-first century. Each of the three tunes is a different journey. The tracks are adorned by modern and, at the same time, archaic sounds, underlining the MARVO MD’s research need.

The third chapter of the Multiverse saga was released in May 2022. The common thread that links the tracks of the EP is the voice. The voice and the word are used by MARVO MD as musical instruments. Through three very heterogeneous songs in 3 different languages. The song La mia parola contro la tua is made with Listanera and Frank Past and presents dark atmospheres, at times suffocating and angry, which sings the egotism of our times. Say Something, written in collaboration with Dorothea, is instead both a melancholy and energetic piece that talks about tough relationships. Cor Da Vida has the lyrics sung by Seumar and written by Luís Elói Stein and is a joyful piece with a light-hearted text, almost a nursery rhyme, which presents music and art as the beauty of life.

MARVO MD closes the saga with the fourth chapter: Neon Age. Considering the whole Multiverse project, the fourth chapter allows further appreciation of the commitment of the Roman artist: travelling without moving from one’s bedroom. The musician uses the gained musical baggage and experience to propose a layered work: this time, he dives into the Synthwave between melancholy electronic sounds from the 80s and more modern and elegant speculations. Examining the tracks: The Capsule, written in collaboration with Dexba and AV 0, represents a decennial and compressed journey through time, representing the theological summa of the entire project. The wired doubts of Sorry, the new number is… tell the relationship with technology and its unknowns. Waiting for instead offers a glimpse into the potential musical future of MARVO MD, offering more claustrophobic and refined sounds. Multiverse 4: Neon Age was released on October 2022 by the Italian independent label theDustRealm Music. An EP that stitches up the previous chapters and throws everything into the abyss of curiosity: at the end of the colourful journey of the Multiverse saga, the desire remains to find out what the next destination will be.

You can buy your digital copy of “Multiverse 4: Neon Age” now, directly from MARVO MD’s Bandcamp page or via the embedded player on this page.
The EP is also available on theDustRealm Music’s Bandcamp page, as part of their DUST CLUB subscription. 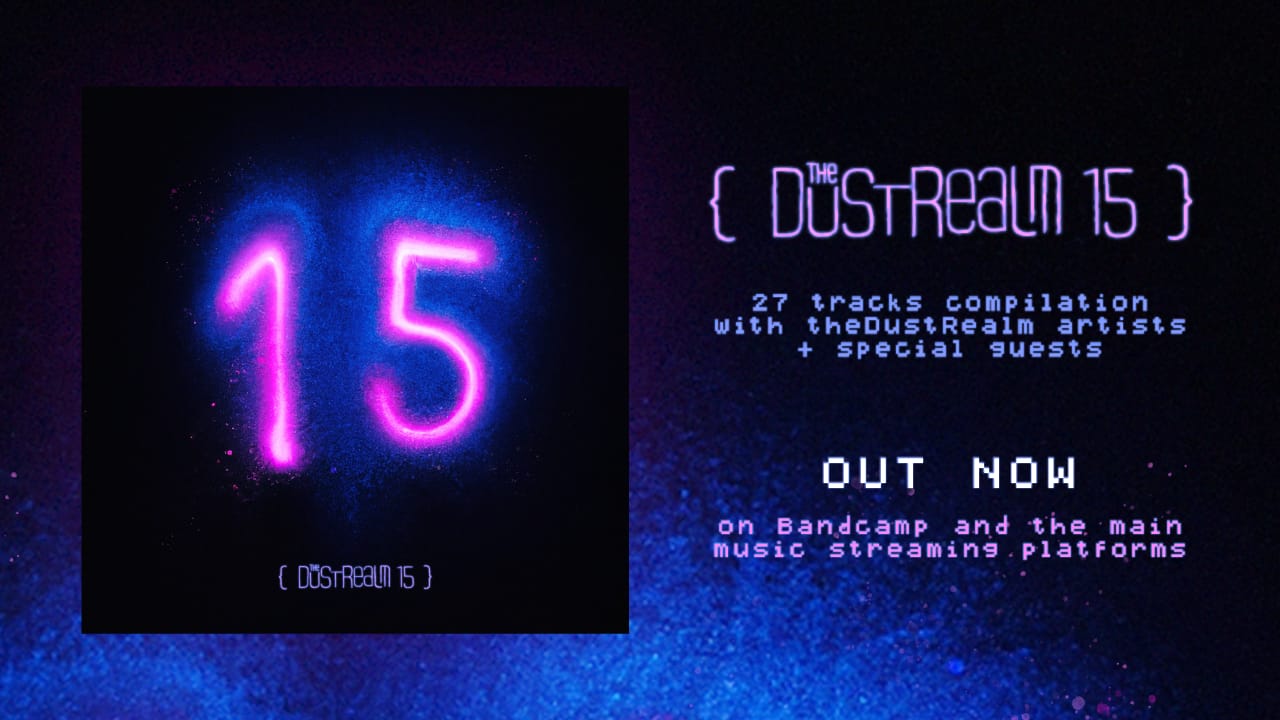